Sometimes, we have bad days. AWFUL days. Unrealistically proposterously poopyfart stink-ass days. And on said days, it’s hard to self motivate. Why do it? Is the operative question. WHY DOES IT EVEN MATTER?

Really, why?! Nobody else is trying. Nobody cares! Everything you’re fighting so hard to do means zilch to the greater population. How could it possibly be worth the headache?!

As you may have guessed, this past week presented such a dilemma. I hated everyone and everything. This then turned inward and nothing I could do was right. I’m very disappointed in you, spoke my inner Bowie voice. You’ve let me down. 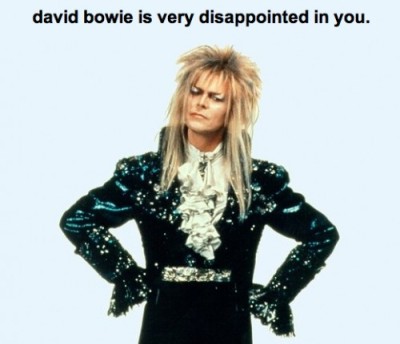 This all became soul-crushingly unmanageable until, after about 3 hours of self-coaching, I talked myself away from the ledge. So what did it? What was the proverbial vaudeville hook pulling me off-stage?

It was my inner Gilbert Gottfried shouting “GET OUT OF YOUR FUCKING HEAD!!!”

Alright, I thought. I’m being an asshole. Do I really think I’m the only person who may be having a bad day? And would I be forgiving if someone else acted out on every testy impulse they had? No! Those people are jerks!

What? Yeah yeah, I know – this is a movie and food blog. I need to tie that in somehow. Hm.. Uhhhhhh…

Ok! Got it. So Ozymandias, from Watchmen – total dick right? He orchestrated a major distaster that killed, like, MILLIONS of people. No one with any regard for human life would ever let that slide, right?

Wrong! Well, sort of. Ozymandias’ intention was actually to save humanity. He found a scapegoat that could unite the people. Something otherworldly and foreign that didn’t really exist. So in the end, despite the casualities, he was sowing the seeds of a brighter future for all. It was an investment.

His character represented the modern dichotomy of hero and villain. What defines each? And how different are they really? With a lot of time and a good dose of skewed morality, one could actually deem Ozymandias heroic. 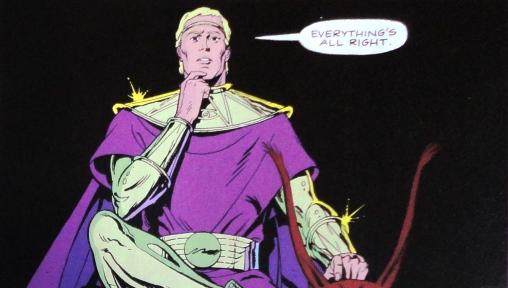 Another example! This one a bit more of-the-moment and familiar to my readers: Walter White. We love him. We hate him. We love to hate him. But we know how committed he is to providing for his family. His INTENT, from the start, makes him a hero. His actions do not. Because for all the millions he throws at Junior, Skyler, and Baby, he still can’t undo the fact that he watched a woman choke to death on her own vomit.

The point is, any one of us can skirt the line. You are not wholly good just because you want to be. Nor am I. And somewhere inside of you, there’s a festering little a-hole who wants to step on kids’ sandcastles and push old ladies in front of double-deckers.

But, with the exception of a few, you KNOW better. You can practice restraint, because you have at least a slight sense of human decency. And just like everybody else, you are not forgiving when some one who isn’t you allows their insecurities to get the best of them. We may not always notice or appreciate gestures of kindness, but those lapses of propriety sting. Because believing I hate you is much easier to accept than believing we’re besties.

One slip is all you need to ruin the way society sees you. Remember that the next time you want to stab a guy for not saying “Thank you.”

Realize, like me, that your anger is fleeting. Better yet, let it hurt you. Wrestle with that pain. Channel it. Convert it into positive energy. Think Superman. Think Wonder Woman. Think, I dunno, Tiny Tim. Because really, who doesn’t love that guy?

It sucks, man, I know. I’ve been there many times. We all have. Which is why no one really has an excuse. So don’t act up. Treat people the way you want them to treat you. Because with your luck, 10 years down the line, you’re gonna need that d-bag you told to suck an egg that one time. Or, if you’ve conditioned yourself properly, you’ll just feel really guilty about it. And that’s almost as bad.

In the meantime, relax. Enjoy yourself. Unwind.